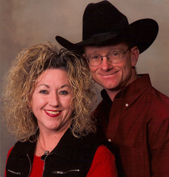 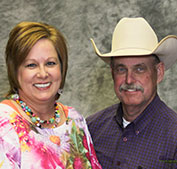 Clarendon Cowboy Church and the Arena of Life Pastors Bunk and Amy Skelton started Arena of Life Clarendon in January 2013 and will continue to grow. 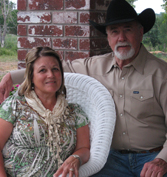 Toronto Cowboy Church and the Arena of Life began as a vision in 2007 that God gave Jon and Becky Petty. His first words were ‘go to Kansas and start a church’. After a series of confirmations, in December 2007, the Petty’s moved to Toronto, Kansas.

The first of January, 2008 construction began on the ‘bunkhouse’ which was to be a combination temporary residence and barn. On January 8, the first church service was held in the partially constructed ‘bunkhouse’ with 8 in attendance. God began to do many miracles and added to our numbers quickly. Some seasoned Christians saw God moving in Toronto and moved from several places (Houston, Kansas City, Amarillo) to join in the work. By Spring 2010, the church had enough money saved to begin construction on the current building. 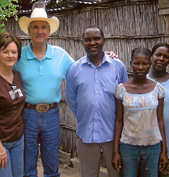 Pastor Alfonso and his wife Ruth pastor the Arena of Life Church in Catemba, Mozambique. 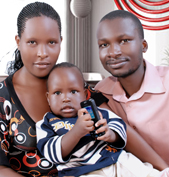 Pastor Henry and Aidah Senteza pastor the Arena of Life Church in Kampala, Uganda. Pastor Henry Senteza was born in 1980 to Mr. Nathan Kakembo and Mrs. Norah Nakayiza and received Jesus Christ as Lord and savior in 1987. He is a native of Mambowe , located in Mende village, and is the visionary and leader of Arena of Life Church in Nansana. In 1987, he first served as a singer and an instrumentalist at Namirembe Christian Fellowship. Graduating in 2005 from Makerere University with a Bachelor of Science majoring in computer science and minoring in mathematics, He acted as a lecturer at Monaco Labs training students in computer networking and website designing. He and his wife, Aidah, married in 2008 and have one child, Jeremiah. Ms. Aidah is so anointed in the Children’s Ministry and the children love her very much.

© 2020 Arena of Life. Created for free using WordPress and Colibri